For the last 30 years, I've lived in a place where working stock dogs are commonplace.
So, when I saw a cell phone video of a coyote running among a herd of cattle, I hit 'play'. 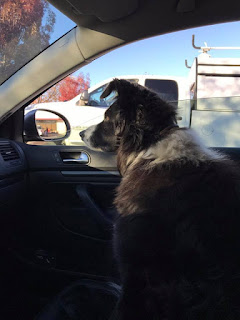 I thought about sharing the video, because it was literal "sheepdogs" at work (okay, they were cow dogs, but whatever). Most people have never actually seen what they do---fun videos of border collies working flocks through gates, set to music , yes, but not the hard work of guarding the babies and the bred moms.

The driver of the truck told his wife, who had the cell phone, "Send him! Send him!" , when he saw the coyote in his pasture.
The McNab next to her whined and snarled and barked.
With the truck still in motion , she popped the door and turned that dog loose.

The dog hit the ground running, went through the barbed wire like it wasn't there, and gave chase. The coyote flattened out.
Then another black and white dog streaked into the camera frame, from the right.
And another. And another. And another.
All those dogs had a single goal: get to that coyote before he could harm the babies, and end him.
And they did.
The camera cut out just as the coyote hit the ground rolling, and seven black and white dogs got their bite.

I decided not to share it; it wasn't pretty.
It would upset viewers.

What predators do to the calves and lambs who can't fight, and can't outrun them, isn't pretty.
Neither is the work it takes to protect the babies.
And that's really the problem: everyone wants the babies to be safe, but no one wants to know, really, how that happens.
And when they see it, they feel sorry for the wrong one. 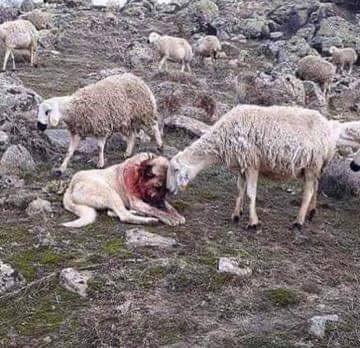 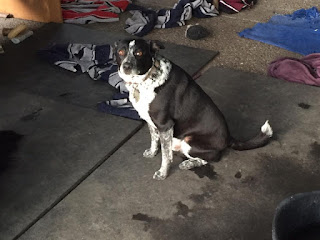