What I Want to See from the New Administration

Another police-oriented FB page asked what we would like to see for law enforcement , from the new administration .
I don't care about blue lights on the White House lawn, or who makes phone calls to bereaved families . 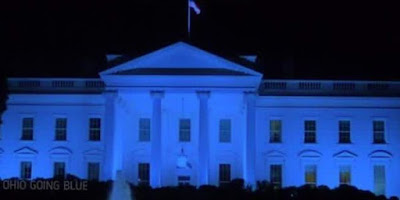 I want across the board legislation , codifying medical care and retirement benefits for line of duty injuries.
I want the mission of Wounded Officers Initiative taken national.
I want to see an end to headlines about fallen Stanislaus County Deputy Wallace's past injuries still being fodder for courts.
I want it never to be okay again for a critically wounded officer like Deputy Hutchinson to be stripped of basic benefits.
I want wounded officers like Officer Crosby to never have to hope for a fundraiser big enough to help with the resources he needs, and deserves.

Some commenter who's not even involved in a blue family is mad at me ; he's arguing about letting those government bad guys get involved , saying I obviously have no idea what's at stake .

I say obviously he has no idea what wounded officers and their families face daily , in the uneven battle to claim what they have paid for , in blood , from a system designed only to minimize employer cost .

If he thinks it's okay for an officer with a career ending injury to duke it out alone in court , versus lawyers who do nothing else , he needs to strap up himself and throw the dice .