Watched Civil War again last night, and got talking about our deep thoughts on the matter; yeah, we're a house full of nerds that way.

The themes of that film, Batman v. Superman and The Incredibles collided---
Fear by the public of the use of strength and authority, to defy and contain evil. Sound familiar? 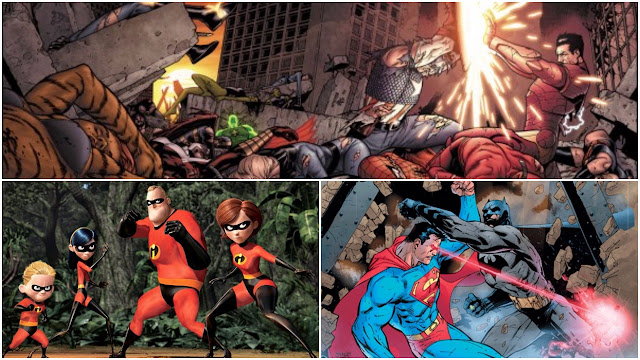 I don't think it's coincidence that this theme keeps repeating itself, and that it is the the heroes who are doubted, second-guessed and criticized for fighting what needs to be fought, even when it's hard, when it's messy, when the outcome doesn't always seem clear.

And each film resolves the same way: the heroes are needed, but not loved.
Their consciences require action, to protect those who cannot defend themselves.
Their community, troubled by what they do not understand, is still better with them than without them---and that ultimately they are admired, and emulated, but never completely accepted.

Sound familiar? That's you. That's the ones you love.
Your Sunday comics came with a moral this week.
You're welcome.

*image by No Greater Love Art *