Photos and the Fallen : History Isn't About Our Feelings 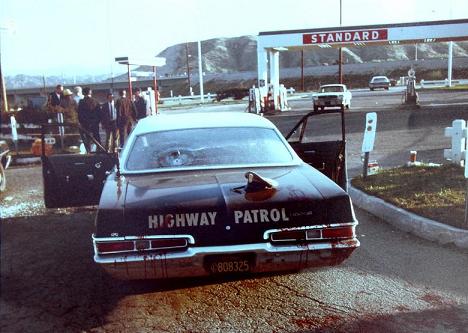 *evidence photo from the Newhall incident, 1970*

Photos from life's front lines force change, and sometimes change the course of history.
What we remember, and how we remember it, is shaped by the images we associate with the events. That's why we remember a boy named Emmett Till, but don't have names for thousands of other crime victims.
It's why modern law enforcement understands deeply the effects of the North Hollywood Bank Robbery, but not so much the effects of a century of train robberies.

Like everyone else, I've been monitoring the news from London. As usual, I'm going to sound less-than-sensitive just now.
You can disagree if you want;
If I were a delicate flower, I'd have had to find something else to do a long time ago.

I've seen some outrage over upsetting photos on news articles today, cries and criticism that they should be un-published. 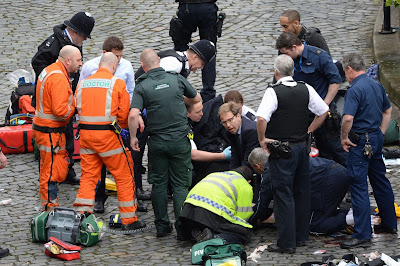 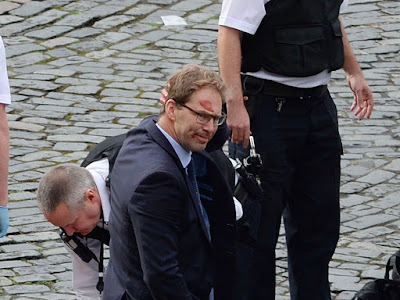 The photos are meant to be upsetting.
They are meant to be an outrage.
They're not supposed to be sensitive to anyone's feelings, even the families of the victims.
The photos are a record of history.
Photojournalists , and now dash cams, body cams and common citizens with cell phones, stop time and record it, so that we do not forget.

Someone committed acts of evil today.
Someone will tomorrow.
Someone will lose a loved one.
Their lives have meaning, and worth.
They deserve recording, and remembering. There are iconic photos of moments in history, whether lovely, or heartbreaking or horrifying, that all of us have seen because someone else took a photo, and an editor published it.

These images and events, whether a churchyard in Antietam strewn with soldiers, emaciated corpses in a mass grave in Bergen, the Zapruder film, the scorched little girl fleeing napalm, the bravery of a student in Tienanmen Square, a thousand yard stare in Iraq, the Dinkheller video or the fallen in Westminster, must not be airbrushed, edited into acceptability or hidden away. 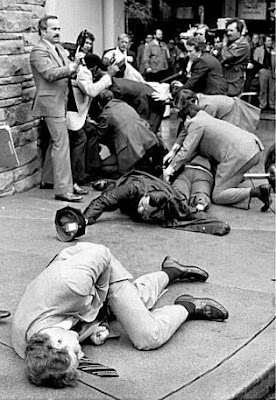 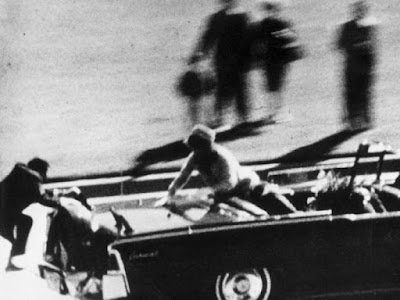 
It's not about your feelings.
It is evidence: that this happened, that real people fell, that we must remember, that this must not happen again.

If you are highly sensitive to visuals, or caring for someone who is, turn on the radio, turn off your TV, and get off social media for a while.
The fault is not with the photos.

It is not correct that only what is lovely should be visible.
We who can bear it owe it to those who died and those who survive them not to look away--and to make sure that those responsible are called to account.

That is not only for someone in a uniform.
Any of us with a mind and a voice or a keyboard can do this.
Turn the page, if you must.
But don't turn your back because that's easier.
And don't require that anyone else does.
Posted by Charlie Pitt at 15:30