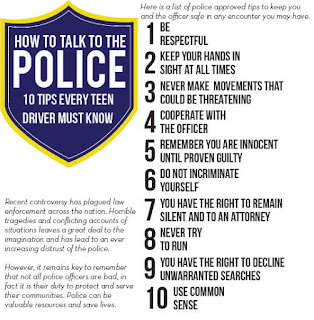 News coverage of the past three years has renewed discussion of The Talk.
Now a commercial, by a company better known for toothpaste than social commentary, makes it unavoidable.
Not the sex talk--the other one.
The Talk that people of color give their teenagers before going out into the streets on their own the first time:

"When a cop stops you, speak respectfully.
Keep both hands on the wheel.
Don't make sudden moves.
Don't get out of the car, or get anything out of your pockets, without permission.
Roll your windows down.
Turn the light on...." and so on.

Parents who love their kids give The Talk, because they're afraid, and don't want their kids hurt by the police.
They see the news. They've seen bad things happen.

A cop's family has its own version of The Talk, no matter what the family melanin levels are, and it starts way before the kids can drive.

In pre-school, The Talk is short and simple:
A cop's kid is taught to obey quickly, without question, when Mom or Dad says, "To the house." or "To the car."
At that age, they don't know why. They just hear the tension in the parental voice, and go. 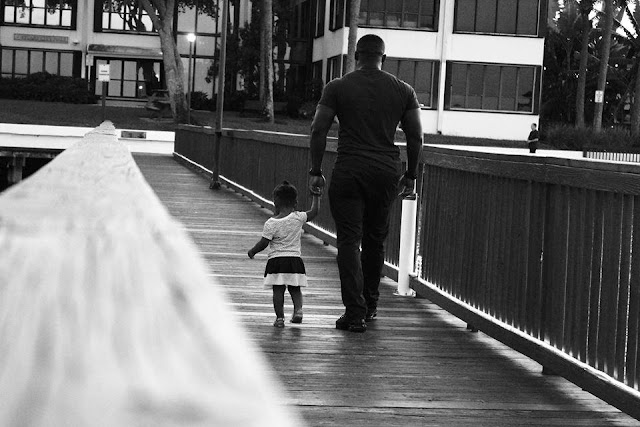 *Officer Jay Stalien and his daughter*

As soon as they can recognize one , they're taught about firearms.
It's part of The Talk, too.
Cops' kids go to the range early. It's not just about learning to shoot, it's about firearms safety, because where there's a cop, there's a gun. It's not a toy, it's a tool, and it's never 'safe'.

Bits and pieces get added to The Talk as the kid grows up; in a cop's family, The Talk is never really over.

"If I walk away from you in the store, don't ask me why and don't follow me. I will find you."

It's not always safe to be seen with Mom or Dad.

The Talk includes learning the difference between cover and concealment (in case of active shooters at school),
when to run (out your bedroom window, quick, and then to the neighbor's house. I'll find you),
and when it's okay to fight.

Cops' kids learn dad or mom gets the bad guys, and protects the good guys, but not everyone knows the difference.
"Tell me right away if (a student, a teacher, a bully) has a problem with you, because of me."
"You will not start a fight, but you can always defend yourself, or someone else. And I will always back you."
(Bonus: cops' kids learn to defend themselves. Weaponless defense practice is on the house, literally. )

Then one day, the tables turn, and it's the cop's kid who starts The Talk--not the one about traffic stops, the one about the Job. Kids watch news, too, and they see bad things happen.
That is the day they're not really kids, anymore. 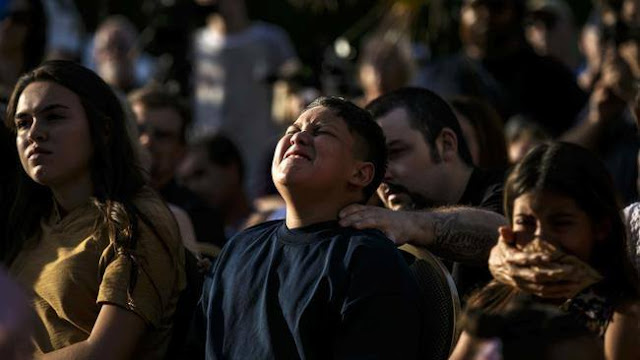 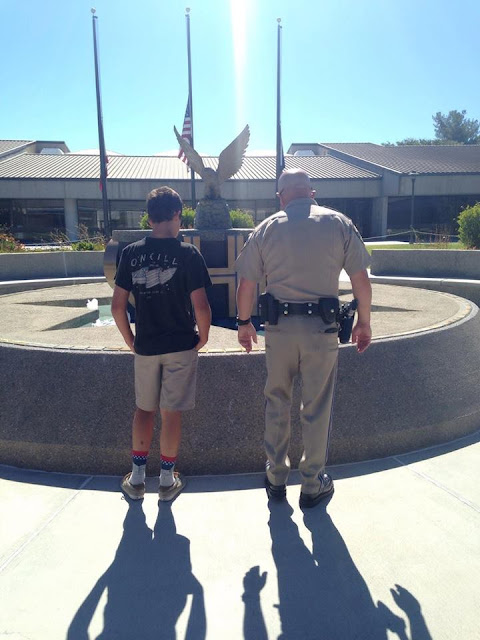 The world doesn't need more fear. There's no 'your world' or 'my world'. It's just our world.
We all want peace, and safety, and smart, tough, flexible young adults who grow into our future, no matter what we do for a living. If we're very blessed, they want to be just like us. If we do it right, maybe we're worthy of that.
Maybe The Talk starts every morning, in the mirror, and sounds a lot like The Golden Rule. 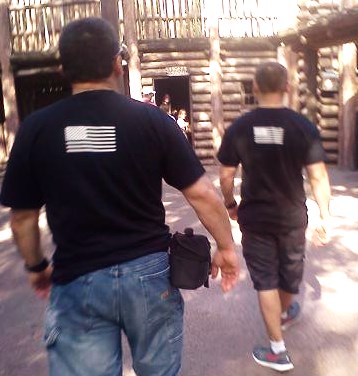