The Sheepdogs of His Pasture I've got a Sunday story to tell.
I write for people who call themselves sheepdogs.
They're my family--blood, not just blue. Sheepdogs, I get.

But sheepdogs necessitate the existence of sheep, and I confess: even as a believer, I never understood that sheep metaphor.

I'd learned all the right verses, and names.
"It is He who made us, and we are his: his people, the sheep of his pasture." (Ps. 100:3)
And that Jesus is the Good Shepherd.
And we know his voice, and He knows our names.
Lost sheep.
Found sheep.
Gently-carried sheep.
Sheep walking through the Valley of the Shadow of Death without fear, because....you know.
I got it.
But I didn't get it.

I grew up on military bases, and in cities, surrounded by concrete, jet engines and chain link fences.
There wasn't any context for farming and ranching analogies.
I only knew what I'd heard about sheep, and goats, and cattle, and other flock- and- herd creatures--- and honestly, I was vaguely insulted.

Sheep seem kind of dumb.
They get scared, of everything. They don't smell very good, and they get lost all the time.
They fall down and get stuck, until someone else helps them up.
They can't even find their own food, or clean water to drink, or keep their own lambs safe.

That's how He thinks of me?
What do I do with that?

Military and law enforcement families pride themselves on strength, on resourcefulness, on self-sufficiency.
Sheep never seemed like a good fit with that, at all.
I never said it out loud, because I never heard anyone else admit they didn't get it, either.
What did stuff about sheep even have to do with me or my family?
We were a family of sheepdogs.
How can you be both, at the same time? And if you can't, then who am I?

My family had learned the hard way that it's crushing to be self-sufficient, and resourceful, and fearless every minute.
We didn't know how to be anything else, though, so we just kept on, pretending when it wasn't the truth anymore.
That was exhausting too.
The veneer got thinner and thinner over time, as we pretended even to each other.
After a while, it was like rotting ice on an Arctic pond: it looks solid and safe, if you don't know any better.
As long as the sun reflects just right, you can't see the cracks, and dark spots. 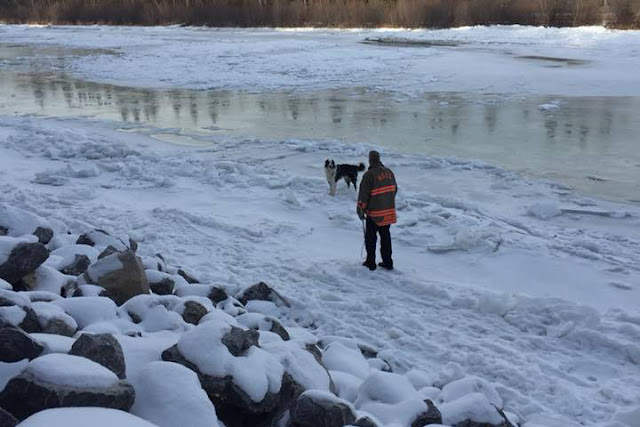 An interpreter for confusing metaphor showed up in the most unlikely place: Paul, a contractor friend from church whom we hired to help us add on to our little house. (It had good bones, that house, but a monster case of ugly--the product of decades as a rental before we bought it. )

As we worked alongside Paul, and got to know him better, he told us that he raised goats.
Some were milk goats, and his wife made yogurt and cheese with the milk.
The others were pack goats.

"Pack goats. I like to hike long distance, and they carry my stuff."

Pack goats.
I knew of pack horses, and mules, even llamas. But goats? They're kind of like sheep, aren't they?
Prey animals, flock animals.
Little.
Silly.
Weak.

"How do you keep them together? What happens when they get scared? Don't they run away? How do you ever catch them again?"
I ask a lot of questions.
(Who knew, right?)

I envisioned goats trailing behind Paul on a tether, like a miniature string of mules.
I envisioned goats spooked by mountain lions or bears, scattering through the chaparral in inky, starless night.
I envisioned Paul's stuff , strewn off-trail to the sound of pointy hooves clattering on granite and shale. Paul looked down from the trusses, and laughed at me.
"No," he said.
"I don't tie them. They follow me.
I'm the first one they see when they're born, and they're all imprinted on me. Wherever I go, they follow.
When I make camp each night, they lie down around me, and we keep each other warm.
And when they're scared, they don't run away---they run to me and hide behind me.
I'm their safe place, and they know it."

It was like the sun coming out after years of fog and drizzle.
Paul never knew, but I finally---finally--got it.

If I'm a sheep, I don't have to be big, or strong, or smart, or brave.
I don't have to figure everything out.
All I have to do is get up every day,and look for the Shepherd.
My job is just to follow, and carry whatever He gave me that day.
I don't even have to know where we're going.
I'll stop where He stops, and He'll keep me warm that night.
If I'm scared, I run to Him, and it's His job to keep me safe.
Then, we do it again the day after that.
That's all.

That's the thing: God has no trouble keeping two opposing thoughts in his head at once.
We are the ones who have a problem with that.
Turns out that we are a family of sheepdogs, and we are sheep.

It really is that simple. Posted by Charlie Pitt at 16:12 No comments: Links to this post