A handful of Oregon state senators went AWOL to avoid losing a vote on a fiercely-contested environmental issue.
Without their presence on the senate floor, there was no quorum; without a quorum, there could be no vote.
Their flight to neighboring states dominated west coast headlines, and inspired bold proclamations of support from fans, countered by howls of outrage from the opposition.

As the deadline approached, the governor requested that state police round up the errant senators, and send them--or bring them--back to fill the quorum, and fulfill their duty to vote.
In response, one state senator, with a flair for drama and apparent lack of filter,made headlines by telling reporters that any trooper sent to find him better be unmarried, and come heavily armed. 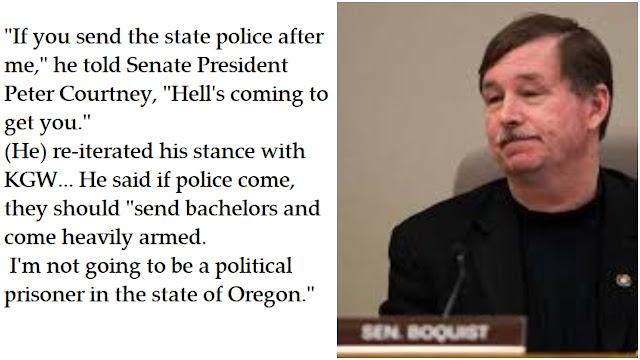 I don't live in Oregon, so why do I care?
I care because my ultimate interest is the ability of law enforcement to do their jobs professionally, objectively, and safely.
I care because words mean things.

Threats by powerful people seep over invisible lines, interpreted by radicals and dimwits alike as approval, allowing them to rationalize attacks on officers in the course of their duty.
It's happened before; it will happen again.
Oregon State Police deserve better from their representatives than promises of violence when they do their work.

I'll be honest: of all the places to watch out for threats, a Republican, military veteran senator wasn't my first thought. 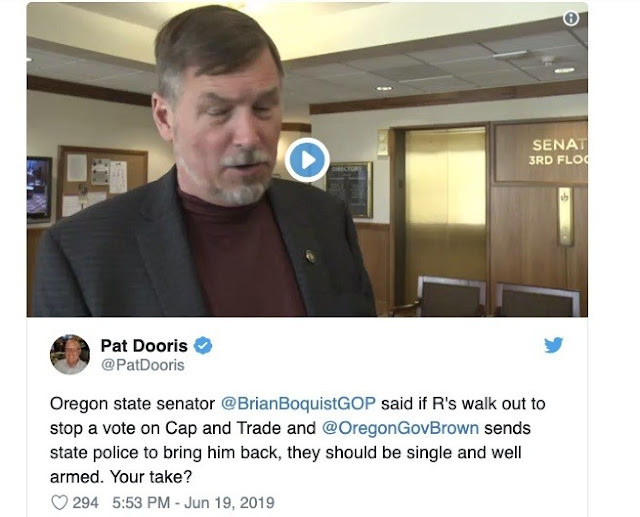 Boquist isn't a young man. Let's not blame immaturity, and undeveloped critical thinking skills.
As a retired military officer, and (unsuccessful) three-time candidate for the US House of Representatives, he should definitely be familiar with the United States Constitution.
Counting his multiple terms as a state senator, how many times has he sworn to uphold that document?
Article 1 Section 5 provides that absent legislators may be compelled to attend; that was included in the Founding Fathers' framework just to prevent a salty minority from holding a vote hostage by refusing to show up for work.

Considering his current position on the senate Rules Committee, he should know Oregon's senate rules do provide for a 'call of the house/senate', which permits arrest warrants to be issued for absent legislators. 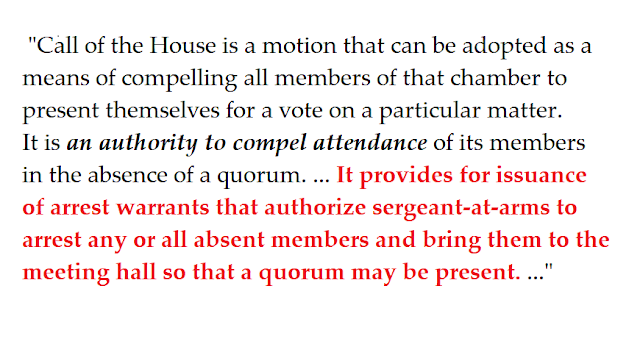 This wouldn't be the first time that law enforcement have been dispatched to collect straying legislators.
In Texas, in both 1979 and again in 2003, Democrat senators fled the capitol, and then the state, to avoid a quorum. Both times, Rangers and Texas DPS were directed to find them, and return them for the vote. Refusing the senate call is not a criminal matter (in that the legislators will not be prosecuted or imprisoned), but they may be arrested and returned to the floor.
It happened before in Oregon in 2007, when then-Governor Kulongoski sent troopers to Corvallis to bring senators to the capitol for a vote. That time, the matter was resolved before action was taken--even the customary polite request to join officers on a drive to the legislature chambers.
And at the federal level, Oregon Senator Bob Packwood was arrested by Capitol police in 1988 while evading a quorum by barricading in his office, and carried feet-first onto the Senate floor for a vote.
Once arrested, Senator Packwood accepted his fate with good humor, making jokes about calling for a sedan chair, and showing reporters the bandage on his bruised knuckles the next day.

What Senator Packwood, flawed as he was, could teach Senator Boquist is that activists who dabble in civil disobedience without accepting the consequences of their choice lose the moral high ground.
Instead,Boquist postures for the extremists in his base, gaining attention by drawing theoretical fire down on lives that aren't his to risk.

It is true that the vote would have gone against Boquist and his fellows in Oregon's senate.
I live in the rural West, and I understand the stakes, and the divisive politics.
It's true that the jobs and livelihoods of many rural, resource-based communities would be harmed by its passing.

The larger truth is this.
A law isn't unconstitutional because it's personally distasteful.
Citizens, even legislators, don't get to pick and choose among the bits of the Constitution, or even legislative rules, searching for the parts they like.

We are a nation under rule of law.
That means that no one is above the law, even legislators.
It also means no one gets to threaten the lives of law enforcement officers for carrying out a lawful order.
The senator should apologize to the officers he threatened as publicly as he transgressed, and he should also make a public call for restraint among the many supporters offering to "intervene" on his behalf.
Maybe he's a politician now, but that's how an officer and a gentleman behaves. 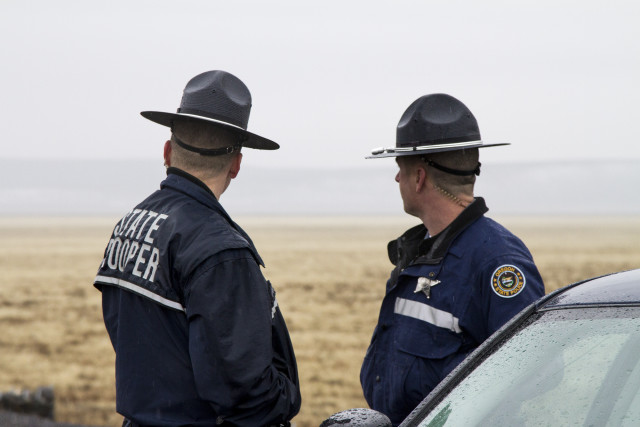