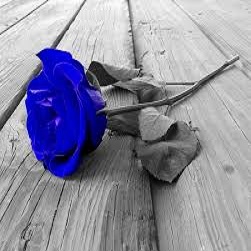 A police wife I've known for a long time asked me to pass along this story.
She said, "Right now, we need to be reminded of hopeful things", and she was right.
You need this.

She said,
"My husband left law enforcement after an officer-involved shooting with some really nasty small-town fallout.
He went back to school.
I went back to work.
My parents helped us keep our house, and keep our toddler son safe and loved while we were in a messy transition. Faith helped us keep our sanity.
Eventually we settled in to a self-employed life, running an investigations business from our home. Once he built a full time caseload we made a nice living, and it felt like we'd started over,finally.

By 2003, the recession it sparked caught up with us.
The contract work that paid our bills dried up like a creek during drought- slowly and then all at once, leaving nothing behind but cracked mud, and want.

After working in the family business for years, I found an outside job to fill the gap but it wasn't enough. Small towns are hard job markets.
His job search dragged out for months, and the savings we'd built so carefully dwindled, nibbled away by rats in the mailbox named Mortgage, Car Repair and Power.
It was frightening.
The options were daunting, and few.
It turns out that criminal investigations is a pretty particular skill set, no matter what side of the bar you're standing on.
Finally he decided the only realistic option was to renew his POST certificate (which required attending an academy two hundred miles away, at our expense), and look for work as a cop once more.

Before he left,a card arrived in the mail.
It was from his brother, with whom we weren't terribly close, and there was a note inside with some gift cards.
There were cards for groceries and for gas, and for Walmart, where you can buy anything.

The note said, 'We have been praying for you, and God told us to send these. We love you.'

We were grateful and we were embarrassed.
My husband's pride was stung. We were still paying our bills.
"We don't need those," he said.
"Let's keep them for now. When we know we're back on our feet, we can give them to someone who does need them," I said.
I put them in my wallet and forgot about them.

He finished the re-certification academy and found a small department in the mountains where the boss was willing to take a chance on a guy who'd been out of the game for years. I stayed behind to keep working while our house was on the market.
Houses sell slowly in the winter. 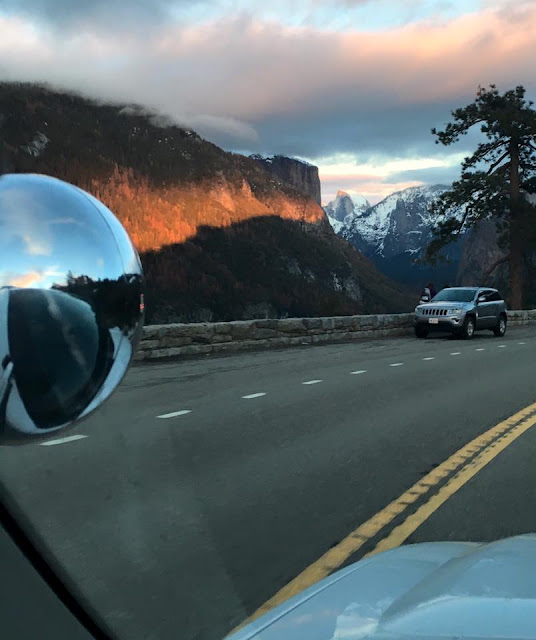 He grew familiar with the weekend commute over a 5000-foot pass; my son and I finally figured out how to achieve detente.
Dad had always been the buffer. I was the one who lost my temper with 11 year old sass and shenanigans.

He thrived at the new department; he had a good boss, and police work was like riding a bicycle. He was good at it before, and he was good at it still. It felt good to have hope, and set down the burden of anxiety we'd been carrying for more than a year.

Five months in, I got a phone call at 12:33 a.m. from an emergency medicine doctor at a tiny hospital. My healthy, strong husband was suddenly, critically ill.
He was 100 miles away and it was snowing. The helicopters were grounded by weather, so they would keep him stable and transport him to the Big Hospital by ground ambulance in the morning.

I spent the rest of the night awake, packing and suppressing panic. When the sun rose, I woke my sixth-grader and we made the icy drive over interstate, through the canyons into the wide valley where my husband spent the next ten days in the hospital.

Illness and injury are nightmares when you're self-employed. That fear still dogged my mind.
This new job was too new for any usable number of sick days. In fact, he was still on probation and I understood that the department could let him go for any reason or none. Being the new guy and not working for ...I don't know, the foreseeable future, seemed like a pretty big reason.

I shoved those thoughts aside, and stuffed worries about loss of income- his, and mine. The Family Medical Leave Act protected my position, but it doesn't pay anything.
He was alive. If he recovered, we'd worry about it later.
If he recovered, I wouldn't care.

I had no power, but in that situation who does?
I couldn't make him well.
No one has a budget category for Loved One Suddenly Ill a Hundred Miles from Home.

I did have a key though,to my parents' house in the same city where my husband was hospitalized. They were traveling out of state, but there were warm safe beds for my son and me, a stocked kitchen and a washer and dryer.

And soon I had a phone call from his new boss, letting me know that every employee in his tiny county-- all 19 of them-- had donated time to a catastrophic leave bank for the New Guy. He promised me that there would be a light duty position ready for my husband when he was discharged, even if he had to invent one.

And in my wallet were gift cards, for gas and for groceries and for WalMart, where you can buy anything.

I had forgotten about them, those cards we didn't need- but the God Who Provides had not. He sees the end from the beginning, and the word He spoke to a brother we rarely see was perfectly timely.
We just didn't know it, then.

My husband did recover, and return to work. He grew in skill and wisdom, and supported that great boss through his own fatal illness just a few years later.
Then he led the little department himself and made it safely to a healthy retirement.
It was a path we could not have foreseen and maybe we wouldn't have chosen but then, we weren't in charge.

That isn't the end of her story, but it's the end for today.
For tonight, I wish you rest.
Wear your vest. Look after each other.
---Charlie Pitt